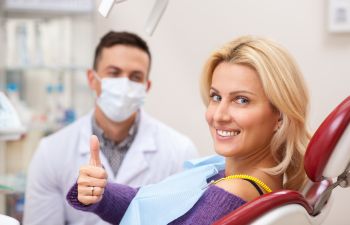 Without effective treatment, periodontal (gum) disease can eventually lead to tooth loss. That’s why it’s imperative to remove bacterial plaque and calculus — the main cause of the disease — from all teeth and gum surfaces. For moderate to advanced gum disease, this could require a procedure known as flap surgery to gain access to deeper infected areas.

This type of procedure involves making scalpel incisions into the gum tissue to create a flap opening. Through this opening we’re able to gain access to the deeper pockets that have formed because of the tissue detachment that occurs following bone loss. The flap opening allows for better access to the root surfaces for removal of plaque and calculus (tartar). Once we’ve finished, we then suture the flap back into place to reduce the pockets and allow the area to heal.

A laser is an intense and narrow beam of light of a single wavelength. A periodontal laser can pass without effect through healthy cell tissue (like sunlight through a window pane) but interacts and “vaporizes” the darkly pigmented bacteria in diseased tissue. The laser energy is delivered in pulses to minimize any heat-related damage to healthy cells.

The periodontal laser can precisely remove diseased tissue, even where it mingles with healthy tissue. Once it’s removed, the root surfaces can be cleaned with ultrasonic scalers and/or hand instruments. And because a medical laser seals the tissue it cuts, it doesn’t produce open incisions as with flap surgery that require suturing afterward.

Studies of post-operative recovery after laser surgery showed similar infection reduction and renewed bone and tissue growth as with traditional surgery. Patients, however, reported much less discomfort after the laser procedure. Although more research is needed, it initially appears periodontal laser treatments can effectively treat gum disease with minimal interference with healthy tissue and greater comfort for patients.

If you would like more information on the use of lasers for the treatment of gum disease, please contact us or schedule an appointment for a consultation.

Receive Top Quality Dental Care For You And Your Family