Actor Ed Helms’ Tooth-Yanking Trick: It Was a Dental Implant! 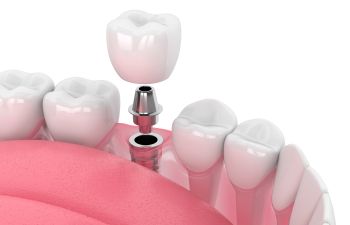 The lengths that some comedians will go to for a laugh! Actor Ed Helms, as dentist Stu Price, pulled out his own tooth in the movie The Hangover. Or did he? Turns out Helms really is missing a tooth, which never grew in. When he was in his late teens, he received a dental implant to make his smile look completely natural.

Helms told People magazine he wasn’t exactly eager to remove the implant crown that had served him so well for almost 20 years, but there was no better way to do the famous tooth-pulling scene.

“We started to do different tests with prosthetics and blacking it out and nothing worked,” Helms told the magazine. Helms’ dentist said it would be okay to take the implant crown out. “My dentist was really into it,” Helms said. The rest is movie history!

Congenitally missing (“con” – together with; “genital” – relating to birth) teeth are inherited and actually quite common. More than 20% of people lack one or more wisdom teeth, for example. These would not usually be replaced if missing (in fact, wisdom teeth are often removed) but it’s a more serious issue when the missing tooth is in the front of the mouth — and not just for aesthetic reasons.

When a particular type of tooth is missing, it disrupts the pattern and function of the teeth. If left alone, sometimes the existing teeth will shift to close the gap. It’s like removing a brick from an arch — the rest of the bricks would fall together in a different formation (or collapse entirely). And when upper and lower teeth don’t come together properly, they can’t function well.

The best treatment for this type of situation is the one Ed Helms had: a dental implant. They look and function like real teeth and do not attach to or damage adjacent teeth as other tooth-replacement options might.

It is important that a child with a congenitally missing tooth wait until jaw growth is complete — different for every person but usually in the late teens — before getting an implant. Otherwise, the artificial tooth might eventually appear too short when the person has stopped growing. In the meantime, there are temporary tooth replacements that can be made.

If you would like more information about options for congenitally missing teeth, please contact us or schedule an appointment for a consultation.

Receive Top Quality Dental Care For You And Your Family